Cardboard boxes have been my beloved since childhood for its mammoth size giving me the liberty to turn them into any fun craft. Seeing my son brooding during the summer holidays as most of his pals were on a family vacation, I thought of getting him indulged in an enjoyable activity. Some cutting, gluing, and painting was all we did together to make a flashy playing car that gave us a pretty long service.

How to Make a Car from a Cardboard Box for Kids 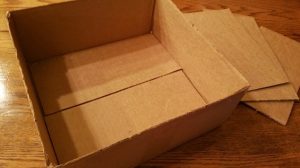 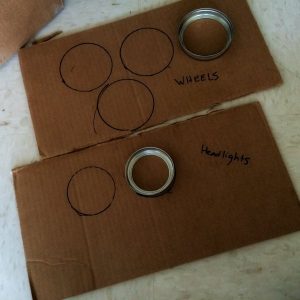 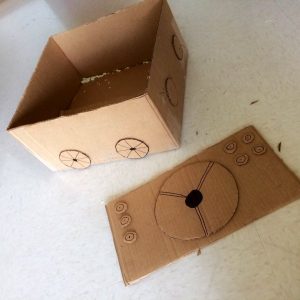 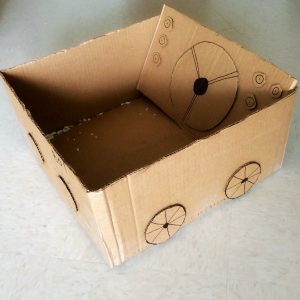 Although the car has a plain Jane look, you can smear some paint to make it look dashing and bright. You may add other details as well besides the regular parts of a car.

How about gluing the long flaps of the box to the inside and using the other two for the front and back of the car? With colorful pushpins, you can attach the paper plates dipped in black paint to the sides of the box that would function as the wheels. It’s time to head for the race. 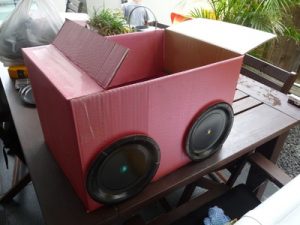 Is there a kids’ fancy dress party ahead of the week? Bring in a cardboard box and a spray paint to make the perfect costume for your boy. All you have to do is paint the box uniformly, and leaving only the top flap out (for the windshield), tape the remaining ones to the inside of the box. Attach paper plates (painted all black) to the sides using pushpins. Now makes two holes on either side of the windshield and the back of the car and slip two ribbons through them. For the Lighting McQueen effect, make use of construction papers and felt pens. Cut off the flaps at the bottom of the box and deck your little one in this cute Disney car dress. 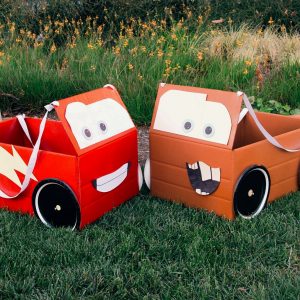 The superhero-themed car is going to set the hearts on fire with its sharp features. At first, you need to draw the side of a Batman car on a separate open cardboard box. Cut it out and glue to multiple layers (6-10) of open cardboard boxes arranged on the floor and again cut it off with a utility knife. Make the other side of the car in a similar way. Attach the sides in a parallel fashion to a cardboard box and cut out large strips from the other cardboard boxes to make the front and back of the car. Spray paint the car and glue the signature Batman stickers to the front. Is the Batman car out for our rescue? 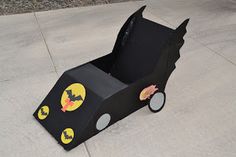 Have you a wardrobe box? Then cut off the two long flaps and one short flap of the box. Draw a rectangle on the remaining flap and cut it out to make the windshield. Layer the inside of the box with Hello Kitty polka dot paper and paint the outside white. Give it the cherubic kitty effect sticking the eyes, nose, whiskers, and the ravishing hair bow cut out from a cardstock paper. For the wheels, you can always grab the paper plates. 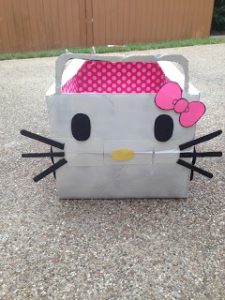 Make a mini toy car with a small rectangular cardboard box without going through any cumbersome steps. Just poke two holes on the opposite sides of the box and insert pencils through them. Cut out V-shaped notches off the front of the box and tie a rubber band around and start playing. 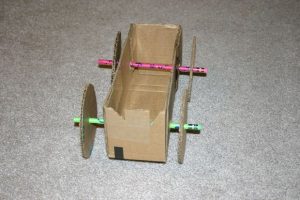 Since there is no dearth of cardboard boxes in my basement, I happen to come out with endless ideas for doing something creative whenever the time permits. Now it’s your turn to metamorphose your home into a racing track and decide who emerges victorious. 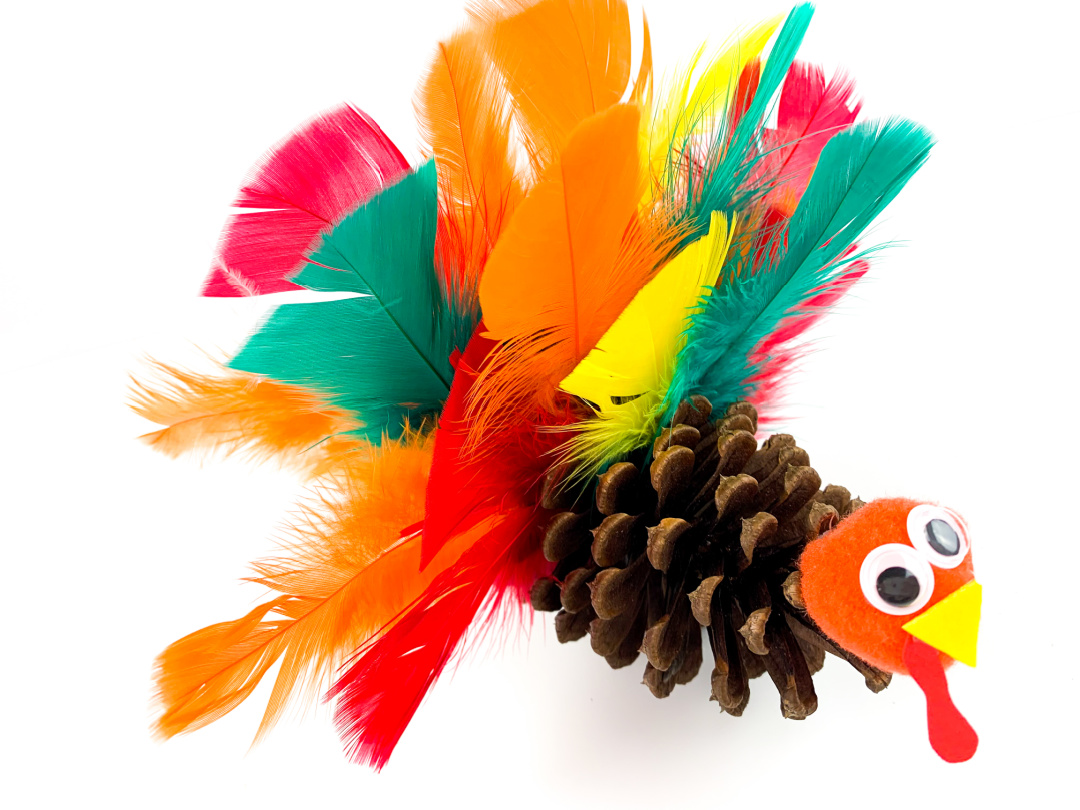 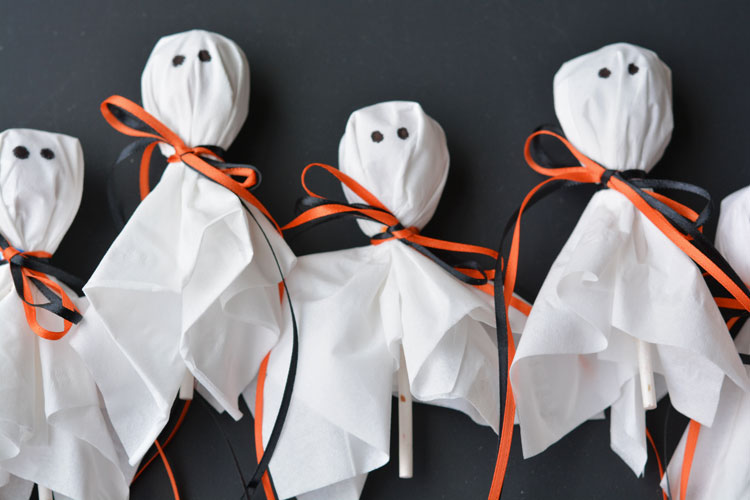 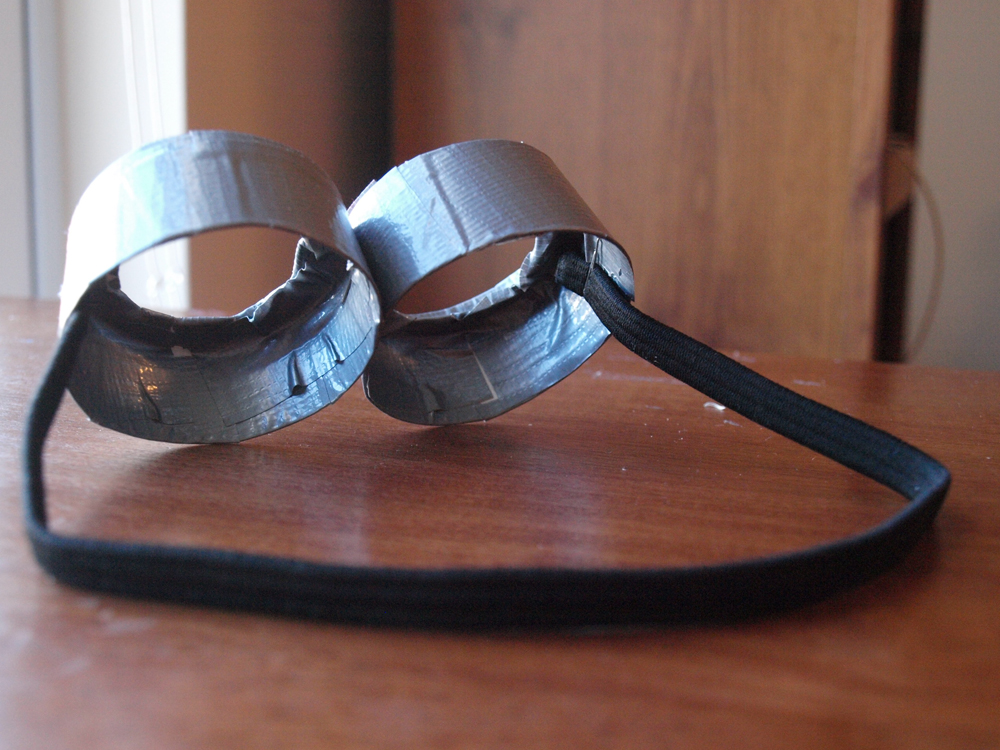 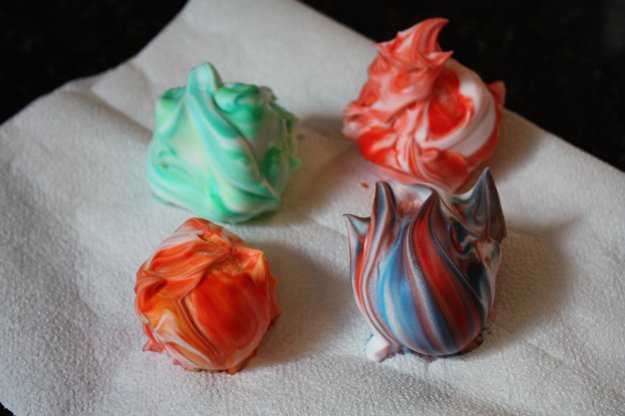