Home | Reviews | Game of Thrones is Like King Arthur, But With More Dinklage

Game of Thrones is Like King Arthur, But With More Dinklage

When my partner first suggested to me we watch Game of Thrones, I almost slapped him in the kidney. Not because he deserved it, but because I am an obviously angry woman who waits for any excuse to physically humiliate a man.

I sat down to watch it, fully prepared to tell him how much I hated it – while slapping one of his vital internal organs.

I so did not hate it. In fact, I love Game of Thrones so much that waiting for the next episode leaves me to suffer from what I now call “Dinklage Withdrawal” – which sounds unintentionally sexy.

Dinklage Withdrawal refers to Peter Dinklage, the actor who plays Tyrion Lannister. I love him harder than a goat loves a stump. If his character winds up with his head on a stick, (which happens on Game of Thrones about every 7 seconds) you may see me on the news.

I would totally climb to the top of a water tower wearing a clown wig and carrying a high-powered rifle in defense of Tyrion aka Peter aka my future husband.

When a bad man sliced Tyrion’s face with a sword, I very nearly had to be hospitalized. 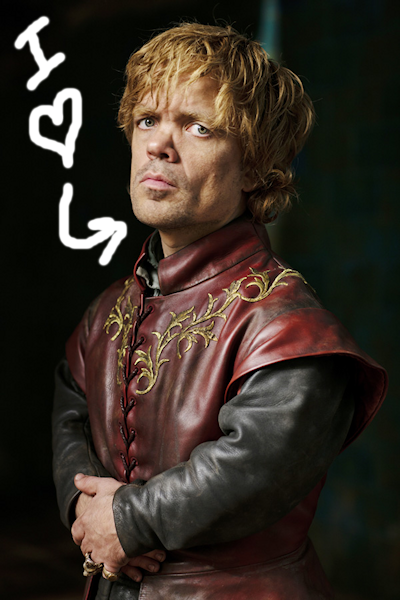 Here’s a little known fact about me, in case you’re ever on Jeopardy and I am a category: I love Arthurian Legend. I have since high school.

There are plenty of wonderful characters, but you learn you can never get too attached to any of them. (Except my beloved Tyrion, of course.) Heads roll in this series … literally.

There are also plenty of characters to hate – none more than King Joffrey. He is, to put it as succinctly as I can, an epic twit. 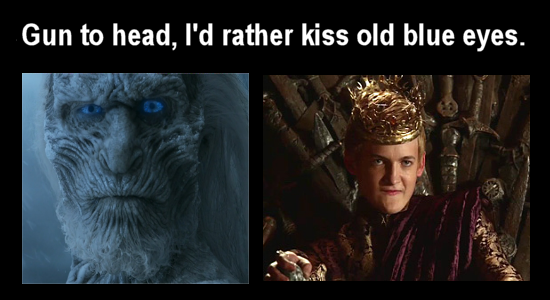 If you haven’t seen Game of Thrones, you must. In case I was too subtle in this post, don’t watch with the kids, with a minister of any denomination, or with people who are prone to faint when they see boobies or blood.